As announced by Google in October, 2013, Chrome support for Windows XP will end on April 30, 2015 — a full year after Microsoft discontinued support for the Windows XP operating system.

That fact that Google will still provide updates, means Chrome users on Windows XP systems will continue to have a secure and reliable browser, with some additional time to move to a supported platform. 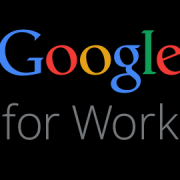 Who Will Use the Chromebook Pixel? Maybe You!

A Peak Behind the Scenes at Google

Google+ Hangouts and Google Apps: OFF for a Reason

Atmosphere | The Anatomy of Innovation

Is Your PC a Dead-End?
0 replies

Google Workspace: The Marvelous, the Meh, and the Money

Last week, Google made one of the biggest announcements in the 12 year history of its business produ[...]

Since the start of the COVID-19 pandemic, cyber threats and ransomware attacks have accelerated, exc[...]

In a national survey of more than 2400 businesses conducted and published by American City Business [...]

October 1, 2020 (Westborough, MA). Cumulus Global announces today that the company is now using rene[...]
Other Reasons to use Drive for Work Windows 2003 End of Life: You DO Have Options
Scroll to top