Today is the day that Google makes Drive File Stream generally available to all G Suite users. As of December 11, 2017, Google will fully deprecate and end support for the old Google Drive Client that has, up until now, provided users with the ability to sync and share files between Drive and their devices. Recently, Google also released Backup and Sync.

Which Drive Client is Right for You?

Briefly, Backup and Sync is a personal utility that Google has publicly classified as a “consumer” tool. Drive File Stream is a support part of G Suite and is designed for business users. For most businesses, even small businesses, Drive File Stream will be best. While Drive File Stream will not let you sync other local folders, it will provide “native drive” access to both My Drive and Team Drives. This style of access gives you nearly universal access to files in Drive from local applications, without large sync directories and large local storage demands.

You will still be able to flag folders (and individual files!) for sync to the local disk for offline and high-performance access. 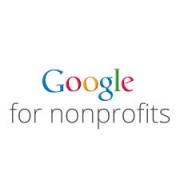 Google for Nonprofits is Global

Cumulus Global In The News

Economy is Ripe for Cloud Computing

A Peak Behind the Scenes at Google

5th of 5: More Ways to Collaborate in Google Apps

From our Resource Center

Given the demand and need to improve your protection from the devastating impact of ransomware, cryp[...]

On January 22, 2020, Google is informing all Chrome Education Upgrade (aka Chrome Management Service[...]

5 Ways We Can Lower Your Chrome Device Costs

As part of our ChromeCycle Program, we help you manage the total cost of ownership of your Chrome de[...]
The Curse and Blessing of Office 365 Licensing