Blog - Latest News
You are here: Home1 / General2 / We Need a New Term

What do you call an image of a file server that runs in an environment in which it exists across multiple processors, pools of memory, and disk that in now way correlate to any specific pieces of hardware?

We cannot call it cloud computing, as this term means just about anything to just about anyone these days.  While the denotation of virtual server is correct, the connation is server image hosted on a physical server, exclusively or as one of several virtual servers sharing resources.  Granted, the “virtual server” may be hosted on multiple servers for redundancy, but any given instance of the server image only exists and runs on one host at any point in time.  The same seems to hold true for the meaning of cluster.

So, what do we call a server – an operating system that uses processors, memory, network access, disk, et cetera abstracted from a pool of resources? 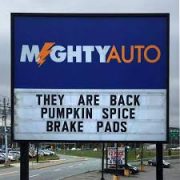 Moving to the Cloud: Regulatory Compliance

Guest Post: Why Half of Our Company is Using Chromebooks Full-Time

Where is Your Cloud Bandwidth Bottleneck?

Moving to the Cloud: Security 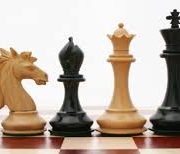 G Suite Enterprise for Education Savings As schools and districts continue to rely heavily on Googl[...]

As reported by the Boston Business Journal, a recent survey conducted by the Massachusetts Compe[...]

While schools, teachers, and families want schools to safely re-open, the reality is that in most ar[...]

As remote work becomes a longer-term consideration, we have spent time and money to make sure that o[...]
In The Clouds While On The Ground Do Governments Get Google?
Scroll to top