Blog - Latest News
You are here: Home1 / General2 / Surface RT Deal for EDUs: Too Good to be Good

When you see a prominent industry headline that reads “Microsoft Surface RT: Dumping Inventory Or Investing In Education?“, you know something isn’t quite right.  Earlier this week, Microsoft announced it was slashing pricing on Surface RT tablets for schools down to $199 per unit with keyboard options bringing the price to $249 or $289.

The industry cannot help but wonder if Microsoft is trying to compete in the EDU market, or just looking to unload devices.  Microsoft’s intent is easy to question.

The dismal sales of Windows 8 in general is well-known, as ZDnet reported that through May 2013, Windows 8 sales under-performed the maligned and openly mocked Windows Vista operating system. And the industry is openly questioning Microsoft’s claims of licenses sold versus in use. In this blog, Preston Gralla of ComputerWorld summarizes criticism and challenges to Microsoft’s claims from sources ranging from IDC to the New York Times.

What is Going on Here?

Microsoft built an expensive tablet with and operating system that nobody wants. Even Microsoft OEMs, like Acer, dismiss Windows RT as “not influential.” And, the Surface RT only runs Windows RT… meaning that you are limited to applications designed to only run on Windows 8 (and not all of them will run cleanly on RT).

At $199 to $289, Microsoft has lowered the price of Surface RT tablets below those of iPads, to an amount that compares with the Acer and Samsung Chromebooks. The higher priced packages include a keyboard, a clear effort for the Surface RT to get closer to functional equivalence with Chromebooks.

Do not be fooled, however.  The end cost to schools (and businesses) is much greater than the buy price of the device. Going with a Surface RT tablet means leaving your existing applications behind and upgrading to the latest and greatest releases for compatibility. It also means investing in new endpoint protection solutions and mobile device management systems.

In addition, you have two soft costs to worry about. While almost all teachers and students can use a browser and browser-based tools, learning Windows RT is like starting over. With the release of Windows 8.1, Microsoft itself is acknowledging that users did not like Windows 8 and struggled with the transition.

The second soft cost: Obsolescence. Business and education software built for Windows 7 will not run on the Surface RT.  And with non-existent sales, betting that software publishers will invest in the Surface RT platform is risky. 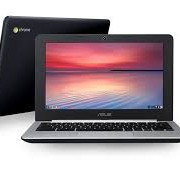 Tech in the Classroom: Cool or School?

Lease vs Buy: Time to Rethink Your Options

Friday Thought: Chromebooks are NOT Netbooks

From our Resource Center

Given the demand and need to improve your protection from the devastating impact of ransomware, cryp[...]

On January 22, 2020, Google is informing all Chrome Education Upgrade (aka Chrome Management Service[...]

5 Ways We Can Lower Your Chrome Device Costs