You are here: Home1 / cloud backup 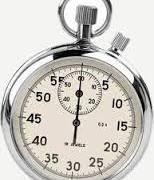 As we’ve stated before, “Backup is easy; Recovery is hard”.  Every business should, at this point, understand the risks of poor data backup and protection. The risks come from the types and amount of data that is lost and, if it can be recovered, how long that recovery takes. And remember, recovery often takes more effort than simply restoring files from a backup set.

When looking at how well your backup system is protecting your business, two factors should be top of mind:

RTO: Recovery Time Objectives — How long will it take to return to normal operations. RTO is not just the time it takes to load your data back onto your systems, RTO includes the time it takes to repair and recreate damaged information and data created or modified since the last backup.

RPO: Restore Point Objectives — Your RPO determines how much data you are willing to lose, or can afford to lose. Most small and mid-size businesses backup daily. On average, a system failure will result in half a day of lost data. For an office worker editing a report, this is traumatic and inconvenient. For a manufacturer or retail business, half a day can represent hundreds or even thousands of orders and financial transactions.

As always, quicker RTOs and smaller RPOs come with trade-offs.  Recovery methods like image snapshots, for example, can provide rapid RTOs and small RPOs. In exchange, you are likely losing granularity — the ability to recovery individual files.

Understand the reasons  you are protecting your data.  Protection from system failure, in which you need to recovery a full server, lends itself to imaging and other snapshot methods.  Recovery of files or data lost to program error, malware, or user activity, needs a solution with granularity.

Start with an understanding of the type of protection you need and your RPOs and RTOs.  From there, you can pick the solutions (yes, you may want or need more than one method) for recovering data and your business.

We offer  a range data protection solutions, with a range of products, for on-premise and cloud-based data. Contact us for a free assessment of which type of solution is best for you.

According to a recent survey of IT service firms conducted by The 2112 Group, small and mid-size businesses (SMBs with up to 250 employees) do not respond to most marketing efforts.  The lack of interest appears to be due to underlying concerns about data security, bandwidth, availability, and recurring costs.

Not surprisingly, SMBs become interested in cloud backup after a data loss or downtime. Having experienced disruption or loss, SMBs better understand the cost of a failed recovery compared with the cost of adequate protection.

Businesses that move to cloud backup sited their primary motivations as:

The challenge for us, as a cloud solutions provider, is to meet our customers’ objectives while addressing issues of security, bandwidth, availability, and cost.

The challenge for SMBs, as our customer or prospective customer, is to recognize the value of cloud-based backup before a crisis.  And, understand that by offering a range of solutions, we can ensure data integrity while keeping costs in-line.

When running systems in-house, the need for backup/recovery and backup/restore services is clear.  Organizations must protect themselves from system failures and other events that can corrupt or destroy important information.  With Google Apps, however, the highly redundant infrastructure offers great protection from data loss due to system failures.

Why should you backup your data in Google Apps?

What can you do?

Deploying a cloud-to-cloud backup solution will protect your data.  Solutions  designed to backup specific solutions, like Backupify for Google Apps, provide enterprise grade features and services without breaking a budget.

This blog post is the second in a series on Data Protection issues and practical solutions.

Backup and Restore, the most basic form of data protection, has been a standard IT practice since teams or Operators managed racks and rows of tape drives and tapes for early mainframe computers.  Borrowing from proven audio technologies, tape backups protected programs and data from the fickle failings of early disk drives.

As computers became more interactive, and more personal, the need for backup and restores services expanded.  Yes, your hardware might fail.  More likely, however, an assistant would “save as” over the boss’ most recent masterpiece.  Computers were new, and human error was inevitable.  Then came viruses, poorly written applications, spyware, bots, and the Internet (the ying and yang of all things good and evil).

As we move into the cloud, some of the reasons for backup/restore remain, and some new ones emerge.

For those of us running Google Apps for Business, Education, and Government, Google’s highly redundant, multi-tenant infrastructure protects us from nearly all risk of data loss or corruption due to hardware or system failure.  Understanding the other risks to our data lets us decide when and how to better protect ourselves.

While domain-level access for applications is usually restricted to administrators, users often have the ability to run and connect third party applications to accounts.  Whether global or individual, poorly written third party applications can wreak havoc with your data.  Applications that need write access to docs, email, calendars, or contacts, can overwrite or delete content.  Determining the scope of a problem, and recovery, can be nearly impossible without reviewing all of your data.

Recent research shows that data loss within Google Apps is due to user error 63% of the time (0% is caused by Google).  As with any new system, unfamiliarity can bring unintended harm.  Ill-placed pastes, mistaken deletions, and save instead of “save as” are some of the ways data may be lost.   Even more complex, mistakes using Manage Revision settings, and permanently deleting items, can make recovery impossible.

Protecting your data from the employee (or soon to be ex-employee) intent on doing harm is nothing new.  In Google Apps, as well as any other system, employees with access to sensitive information often have the ability to damage or destroy that information in ways intended to harm your business.

Google Apps is one of the most secure public cloud services in the world.  Even so, no system is ever completely safe from user identity theft or corrupt systems with access. A mal-ware infected computer running Google Drive can allow damage to data in Google Apps as easily as with a computer connected to a Windows server down the hall.  If a user — knowingly or as a result of social engineering — shares his or her identity, hackers and others can damage your data.

While Google has never had errors resulting in permanent data loss, and Google’s systems are designed to withstand multiple points of failure, a very, very small chance still exists that a software or hardware error could corrupt data.

If you had this data on a server in your computer room, would you back it up?

If the answer is “Yes”, than you should protect the data where it lives — even in Google Apps.

For others, it is one of critical mass.  When the cloud is considered a secondary data store, some wait for usage to reach a level “significant” enough to warrant the additional cost of backup/recovery services.  Unfortunately for some who “wait and see”, the significance is often measured by the pain of a data loss event.

END_OF_DOCUMENT_TOKEN_TO_BE_REPLACED

G Suite Enterprise for Education Savings As schools and districts continue to rely heavily on Googl[...]

As reported by the Boston Business Journal, a recent survey conducted by the Massachusetts Compe[...]

While schools, teachers, and families want schools to safely re-open, the reality is that in most ar[...]

As remote work becomes a longer-term consideration, we have spent time and money to make sure that o[...]
Scroll to top