You are here: Home1 / cost savings 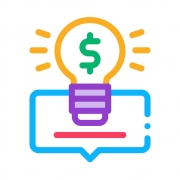 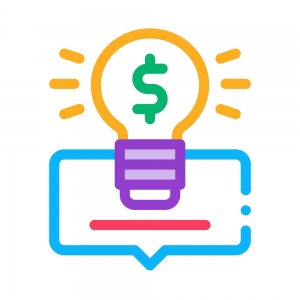 Almost all of our businesses are feeling the impact of COVID-19.  Revenues and cash flows are down and some costs are rising. We are all looking to cut expenses. Information technology and services can be a good place to find savings.

Most businesses can find savings in their IT services. Here are some places to look.

It is a common practice to hold onto the accounts for past employees or projects with the expectation that we may want or need to access the information at some point in the future. Often, these accounts incur costs as they remain billable within your systems. Here are some methods that you can use to clean up old accounts in Microsoft 365 and G Suite without losing data:

We see businesses sign up for new services, or keep existing services, even when they already have similar capabilities.  A lack of awareness and training can lead to redundant IT services. In most cases, even with feature differences taken into consideration, these redundant services are not needed — or are only needed by a few specific people.

If you are running Microsoft 365, you can use …

If you are running G Suite, you can use …

Chances are, if you scan your environment, your company charges, and expense reports, you will find employees using one-off or personal IT services that you have not approved or authorized.  In addition to costing you money, these services remove data from your systems and expose you to the risks of data loss and liability. In many cases, employees turn to “Shadow IT” services because they perceive these services as more convenient or easier to use than company resources.  Here are ways to reign in Shadow IT:

While it may sound counter-intuitive, now may be a good time to migrate some IT services to solutions that will scale better as you company continues to adjust to changing markets and business conditions.  Moving from in-office, co-located, or hosted file servers to cloud file services, for example, replaces fixed assets and operating costs with services that can scale up and down with staffing levels and/or business volume.  Moving to scalable services may be even more appropriate if you are facing hardware or system end of life, or if doing so will simply and improve access to applications and files for those working from home.

Be Careful with Your Cuts

It may be tempting to cut services you feel that you rarely use.  Be careful, however, that you do not make short term savings decisions that will cost you much more later. See our companion post to learn more.

For help evaluating your IT environment for efficiency, please contact us to schedule a free Cloud Advisor session, or take a look at our Recovery Road Map Assessment.

Almost all of our businesses are feeling the impact of COVID-19.  Revenues and cash flows are down and some costs are rising.  We are all looking for ways to cut expenses. Information technology and services can be a good place to find savings.

As you look to reduce costs, be careful about what services you cut.  Cutting services seen as ancillary or support can save you money in the short term.  Looking forward, cutting any of these services creates real risks that larger problems with bigger costs will impact your business.

It is tempting to drop your cloud backup service, particularly if you have rarely had to restore, the likelihood you will need to recover lost or damaged content is increasing.  The increased use of home computers and “shadow IT” services, along with an increase in cyber attacks, leads to more accidental and intentional damage and loss. And with more work being done remotely, the reliance on your electronic files, and cloud-resident data in particular, is higher than ever.

Almost all email services, including Microsoft 365 and G Suite, have sophisticated malware and virus protections built-in.  They are not, however, your best defense against rapidly changing cyber attacks.  Advanced threat protection provides the extra measure of protection against sophisticated attacks that take advantage of human nature and behaviors and new (zero-hour) attacks. By validating sources and links, and testing links and attachments in a safe sandbox, advanced threat protection can prevent the carnage of ransomware and identity theft.  With a significant spike in phishing attacks, now is not the time to lower your guard.

It can easy to overlook the value of service and support agreements, particularly if you do not feel that you use them often enough.  Don’t measure the value of these agreements by the cost per call or cost per hour. The value is the time, money, and aggravation saved by having resources on-call that can identify and solve problems, train and guide your users, make system changes, and manage your services. The value is not just in the 15 minutes help, it is having access to resources with the knowledge and experience to address the issue in 15 minutes instead of 15 hours.

By selecting your cuts carefully, you can save money while protecting your business.

See our companion post for more about Where to Look for IT Savings.

For help evaluating your IT environment for efficiency, please contact us to schedule a free Cloud Advisor session, or take a look at our Recovery Road Map Assessment.

To qualify, you must:

For more information, contact us, or see what our clients say about G Suite Business.

G Suite Business is the recommended G Suite subscription for most small and midsize businesses. Many of our clients have upgraded already, so we asked them what is driving them to make the move. In no particular order, our clients tell us that with G Suite Business, you get:

If you are interested in how G Suite Business can help you and your team, please let us know.  We have special incentives in place through June 30, 2017.

A Case Study in Network Efficiency

Changing the names to protect identities, let’s take a look at NE Company’s network history and design.  NE Company currently has 4 locations. The company’s headquarters are located in a suburban business park along with a second facility hosting R&D and some engineering functions. The third location for software development is a few miles down the road; the fourth location is a distribution center that is an eight hour drive away, across two state lines.

When NE Company only had the HQ and out of state locations, they connected the offices using point to point leased lines. Internet access was available from both locations. Because of slow performance accessing files, NE Company installed a local file server in the distribution center. While having two file servers fixed the file performance issue, email still suffered from the central location, they occasionally experienced file duplication issues, and the solution was costly.

As NE Company added locations, they initially stuck to the point-to-point model, creating a hub-and-spoke network. Performance was an issue, as was managing router configurations such that Internet traffic moved to the Internet locally while application, email, and file traffic stayed within the corporate network.

To improve performance and to reduce redundancy and costs, NE Company transitioned to a MPLS, or Multi-Protocol Labeled Switching network.  A single connection to each office could no route inter-office traffic and Internet traffic through a single pipe.

Granted, NE Company increased it’s wide area network capacity by more than 80% while cutting costs in half, but the operational limitations linger. The company’s email server is still centralized at HQ, as are most of the files, and hosting for the company’s web-based management system. Users face performance delays often. The company has added local file services at all locations, increasing user confusion as to file locations and how to access information. The additional file servers have also complicated data backup/recovery services, which now require more administrative time and attention.

As the workforce has become more mobile, access to data and applications has driven an expensive investment in VPN services. VPN concentrators, client software, and management have been an expensive addition to the environment. While providing access, performance fails to meet reasonable user expectations and the support cost is high.

If NE Company took a cloud-centric view of computing, email and file services would move to the cloud.  The company could move its on-premise CRM system to the vendor’s SaaS service, and could host its custom web-based management system in a cloud-based server environment.

In doing so, NE Company would

The impact of moving from on-premise systems to the cloud-based solutions is never as simple as the specific application or service. By looking at the integration points and indirect or secondary impacts, you can better understand the nature of the migration. As important, you can identify potential savings and other benefits as a result of the move.

This post is the second in a series addressing concerns organizations may have that prevent them from moving the cloud-based solutions.

Will moving to the cloud save money?

The answer is a definite, absolute … maybe!

Whether or not a move to the cloud saves money depends on the in-house services being replaced and the cloud-based services taking their place, as well as the impact the change will have on related IT services and your business.

In our experience, most companies see savings over 3-year and 5-year periods of 30% or more.  Some companies see total cost of ownership (TCO) savings of up to 70%

When looking at 5-year TCO, organizations must make honest projections on IT spending to maintain the status quo and/or upgrading systems.  Beyond projected hardware and software replacements and upgrades, the analysis should include the cost of services and supporting systems (backup, anti-virus, security, etc.).  The analysis should also assess soft costs for administration, support, and estimated down time.

The challenge remains making the comparison equivalent.  For example, moving from a single in-house Exchange server to Google Apps for Business is a move from a system with several single points of failure to a highly redundant and highly available service.  If improving availability is an objective of the move to the cloud, the comparison should include the cost of upgrading the Exchange environment for redundancy.

A final consideration should include any business enablement that comes from the move into the cloud.  Will the cloud service enable the business to operate more efficiently and/or in new, more productive ways?  Improved collaboration, real-time communications, and access to information are all examples of how Google Apps for Business enables businesses over traditional email services.

In straight dollars and cents, not every company will see savings when moving to cloud-based solutions.  With better availability and expanded capabilities, cloud computing solutions can deliver better value, even when the price tag is higher.

Previous Post in the Series:  Moving to the Cloud: Security

Horizon Info Services is partnering with Google to offer webinars for small and mid-size businesses.  The webinars, scheduled at multiple times on May 6, 2010 and May 12, 2010, will focus on how businesses can save 30% or more on IT costs while improving productivity and reducing their ecological footprints.

More information and registration links are available by clicking here.

Where to Look for IT Savings

Almost all of our businesses are feeling the impact of COVID-19.  Revenues and cash flows are down a[...]

Be Careful with your COVID-19 Cuts

Almost all of our businesses are feeling the impact of COVID-19.  Revenues and cash flows are down a[...]
Scroll to top